Design Is A Job, by Mike Montiero 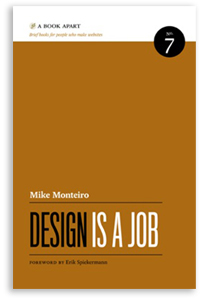 Summary: This slim volume covers a lot of ground for designers and other creatives who want to be considered professionals. In 10 chapters, Montiero discusses clients and contracts, processes and presentations, feedback and finances—and he does it with an attitude that accepts no excuses, in a writing style that is clear, fresh, and economic.

Something I’ll remember: If I run into problems in my business, it is not my clients’ fault or my proofreader’s fault or my web server’s fault. It’s mine.

Sample quote: “It’s your job as a designer, and a communication professional, to find the right language to communicate with your client. When you say a client doesn’t ‘get it’ you might as well be saying, ‘I couldn’t figure out how to get my point across. I am a lazy designer. Please take all my clients from me.'”

The Hiding Place, by Corrie ten Boom with John and Elizabeth Sherrill (audiobook) 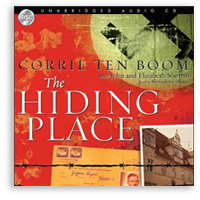 Summary: As the Nazis invaded Holland during World War II, Corrie ten Boom and her family found themselves joining with the Dutch resistance to rescue Jews and protect them. Corrie’s autobiography describes the changes in Holland during the occupation, as well as her experiences in a Nazi concentration camp that led to a unique ministry following the war.

Something I’ll remember: When I read this book as a child, I understood that the title referred to the secret rooms where the ten Boom family hid Jews. But in re-reading it now, I was captivated by the other reference, to Psalm 119:114, which the family read as part of their devotions and which foreshadowed the coming events— “Thou art my hiding place and my shield: I hope in thy word.”

Sample quote: “At last either Betsie or I would open the Bible. Because only the Hollanders could understand the Dutch text, we would translate aloud in German. And then we would hear the life-giving words passed back along the aisles in French, Polish, Russian, Czech, back into Dutch. They were little previews of heaven, these evenings beneath the lightbulb.” 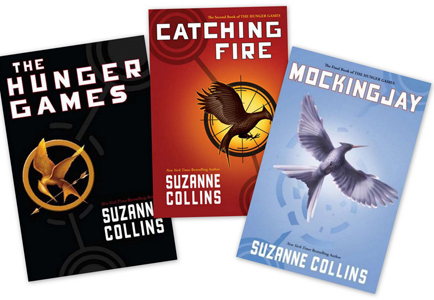 Summary: This young-adult science-fiction series (available in a boxed set from Amazon.com) relates the adventures of 16-year-old Katniss, who serves as the main provider for her poverty-stricken family after the death of her father. She volunteers to participate in the Hunger Games, and unwittingly sparks a revolution against the Capitol.

Something I’ll remember: It’s difficult to criticize this series for being overly simplistic, since it is, in fact, written for young adults. But I don’t think it’s unfair for me to feel there was nothing about the writing that was memorable or even particularly unique. Still, I read all three books very quickly, and though I got tired of the manufactured teenage love triangle and the predictable plot, I did find myself entertained. Like indulging in a bag of M&Ms after a steady diet of the broccoli I normally read.

Sample quote: “I want to die as myself. Does that make any sense?” he asks. I shake my head. How could he die as anyone but himself? “I don’t want them to change me in there. Turn me into some kind of monster that I’m not.” I bite my lip, feeling inferior. While I’ve been ruminating on the availability of trees, Peeta has been struggling with how to maintain his identity. His purity of self. “Do you mean you won’t kill anyone?” I ask. “No, when the time comes, I’m sure I’ll kill just like everybody else. I can’t go down without a fight. Only I keep wishing I could think of a way to… to show the Capitol they don’t own me. That I’m more than just a piece in their Games,” says Peeta.

Being a Lifeboat Church in a Cruise Ship World, by Steve Elzinga 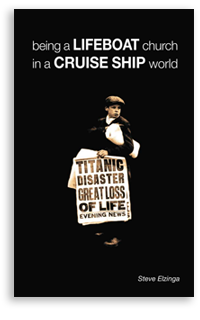 Summary: Steve Elzinga is a pastor who compares American churches to cruise ships—well-funded, professionally run, large, slow-moving, and very attentive to current passengers. While cruise ships may offer a legitimate respite for the overworked, Elzinga submits that a church’s “normal” life should look more like a lifeboat—active, easy to maneuver, and operating with a sense of urgency to rescue people from sure destruction.

Something I’ll remember: Elzinga uses the story of the Titanic—which did not have enough lifeboats, but did not even fill to capacity the lifeboats they did have—to illustrate the reasons so many Christians are not evangelizing their neighbors and so many churches are not seeing this as a problem. Though I believe Elzinga is fighting an uphill battle, his insights are difficult to argue with, and I hope his book fuels a much-needed revival.

Sample quote: “You’d think that if you were short on churches, you would at least fill the ones you have. As I attended different churches in my city, I discovered that many of them were half empty. Think this through. Not enough lifeboats, and yet seats are empty? Men, women, and children—thousands of them—drowning in the icy waters of despair, loneliness, and grief because they do not fill the empty seats in a church! Why aren’t we filling the seats?”

What about you? Have you read any of the above books? Or something else you’d like to recommend? Feel free to leave a comment sharing “something you’ll remember” or a “sample quote.”