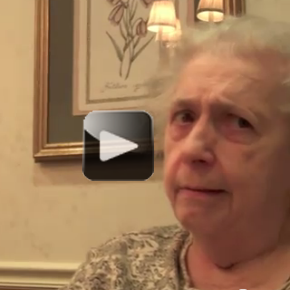 “It was night and day,” says Sandy about the difference in her mom when she moved to a Christian healthcare community in Palos Heights, Illinois. Her mom, Ann, suffers from Alzheimer’s Disease and had been living in a nearby nursing home, where her health was declining. “It got to where she wouldn’t come out of her room,” says Sandy. “She was afraid and withdrawn.”

Sandy was actually hired as Director of Dining Services at the community in 2008, and she was so impressed by their mission and values that she was eager to bring her mom there as soon as possible. When an opening finally became available in 2010, Ann moved in.

The transformation was dramatic. According to Sandy, within a few days Ann was spending her time meandering and visiting, enjoying exercise classes, afternoon entertainment, and chapel services. In fact, says her daughter, it’s rare to find Ann in her room at all anymore. (“I like to wander,” admits Ann conspiratorially.)

Listen to Ann and Sandy sharing their story in the video below, and catch a glimpse of the power of Christian community: