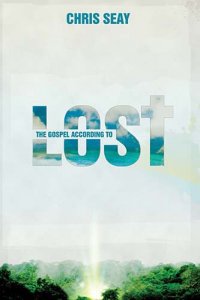 I’ll admit, I gave up on Lost a while ago. I am the type of person who likes resolution, closure, answers—and Lost is all about mystery, questions, and complications. I thoroughly enjoyed the first few seasons I watched—the storytelling was excellent and the characters intriguing—but I grew frustrated that the mysteries were never solved! In fact, they became more complex as each new layer was revealed. And the amount of time in between seasons made it difficult for me to remember the threads of all the story lines.

But Chris Seay’s book, The Gospel According to Lost, has persuaded me to participate in the show again. Seay makes a convincing case that Lost is not only a good story, but it is a rich tapestry of cultural, philosophical, and religious truths, presented in a totally engaging and potentially life-changing way.

Seay’s book devotes a chapter to each of the main characters—Hurley, Sayid, Kate, Sawyer, Jack, Locke, Mr. Eko, Sun and Jin, Ben, and Jacob. In each chapter he compiles all the significant details revealed about that character’s background over five seasons, which I found incredibly helpful! Seay also points out details I would never have noticed on my own—the ways the characters reflect their Biblical namesakes, the Biblical artwork in some of the flashbacks, the fact that so many of the characters have been hurt by their fathers. In comparing the stories of Lost‘s various characters to characters in the Bible, Seay helps me think about them in new ways. I find myself less frustrated by the lack of resolution and more willing to experience Lost as an ongoing story—like life.

Perhaps Seay says it best in the Prologue of his book:

Lost is not just a television show…. The story, which has blossomed into a marathon of cultural, literary, scientific, and religious allusions, offers to its faithful adherents ideas worth pondering, books worth reading, scientific theories worth exploring, and ideas that very nearly burn a hole in our pockets. Lost, in all its illustrative, complex glory, demands that we dialogue, research, meet ourselves in the characters, and share our latest discoveries with one another.

In fact, isn’t that what we dreamed television would do? Early in its history we envisioned families watching quality programs together, laughing together, learning together. How long was it before those lofty goals diminished into the glorified inanity of shows like Two and a Half Men?

Even the best TV show is no replacement for real relationships and real involvement. But Chris Seay’s book makes me wonder if perhaps a show like Lost can equip us to recognize our own demons, to care for complicated people, and to live in harmony with the One who came “to seek and to save what was lost.” (Luke 19:10)

What do you think? Is that too much to hope for from a TV show? Or am I only trying to justify my preference for staying on the couch instead of making disciples?