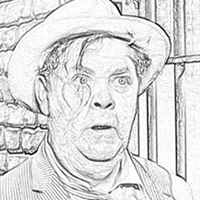 Inexplicably, I woke up about an hour early. Just as inexplicably, I decided not to try to go back to sleep. Instead, I rolled out of bed, got dressed, and started my day. That’s how I got a chance at being an angel. 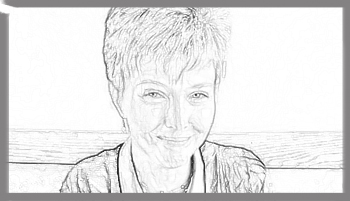 My poodle-mix mutt and I start each day with a walk through the neighborhood. We take the same route most workdays, so we tend to greet the same people each morning—the bearded man riding his bike, the red-haired woman with her matching Irish setter, and various paper delivery people zipping in and out of driveways.

But today we were out an hour early, so I was not surprised to see an unfamiliar character shuffling down the sidewalk on the opposite side of the street. I was surprised, however, when he answered my friendly “Good morning” with a loud wail.

He answered by loudly confessing that he had been drinking all night and was on his way home.

He ignored my question and told me that his mother had just died. That’s why he had been drinking. I expressed my condolences, though it felt inappropriate to be yelling them across the street at 5:15am.

“What am I going to do?” my new friend wailed again.

I crossed the street toward him, mainly to bring down the volume of our conversation and minimize disturbing the neighbors. “How ’bout if I help you get home,” I told him. “Do you know where you live?” He assured me that he did.

We began shuffling eastward, stopping frequently as he thought of new shortcomings to confess to me. He hadn’t been a perfect son. Then he stopped walking and faced me intently, swaying and saying, “Is God going to forgive me?”

The man seemed overwhelmed at this idea, and he began crying. And of course I felt bad about his obvious grief, but all his interactions had an Otis Campbell-like quality that kept me on the verge of laughter.

Suddenly “Otis” grasped my hand and asked in drunken hopefulness, “Are you an angel?”

He would not be put off. He shuffled a few more steps, but then demanded again, “Are you an angel?”

I smiled, sighed, and made a decision. “Yes,” I told him. 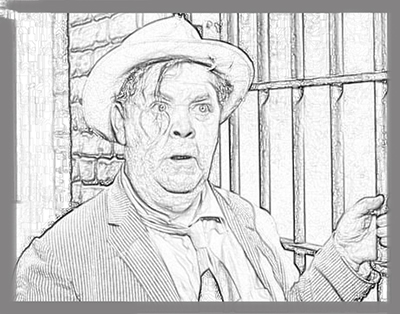 The effect was more than I could have hoped for. Otis gasped and stepped back. “YOU ARE? YOU REALLY ARE?” Then, swaying again, he raised his arms and looked heavenward, “GOD, DID YOU REALLY SEND ME AN ANGEL?” He turned his attention again to me. “Why did God send me an angel?” he wondered, crying.

I stepped into the role and delivered this message: “He wants you to know He loves you.”

“He does?” Otis whimpered.

“Yes,” I affirmed. And then I ad-libbed, “He knows that caring for your mom wasn’t easy, but He gave you that assignment because He knew you could handle it. And He knows you did your best.”

At this, Otis broke down and fell to his knees, praying as sincerely as his inebriation would allow—not to me, but to the God he remembered from what sounded like a well-churched upbringing. He thanked Jesus for dying on the cross. He begged forgiveness for all his failings. He promised not to get drunk anymore.

After a minute or two, I helped him to his feet. We had reached his driveway by this point, so I pointed him toward his front door and told him to go sleep for a while. “But when you wake up,” I added, “don’t forget what we talked about. You’re going to be confused when you try to remember what happened, but it’s all true. Don’t forget that God loves you.”

He nodded, wiped the tears from his face, and went indoors.

I don’t know how much of a compliment it is to be mistaken for an angel by a grieving drunk, and I don’t know if Otis remembered any of our conversation later. Whether or not he did, the experience was a blessing for me. I laughed all the way home, and in the coming days I told the story more than once.

Do I really believe I’m an angel? Not exactly. Angels are spiritual beings, though perhaps they take on human form sometimes. Still, angels are messengers or agents of God—and so am I, though sometimes I’m less intentional about this work than I should be.

Maybe God woke me up early that day and sent an angel named Otis to remind me of that. 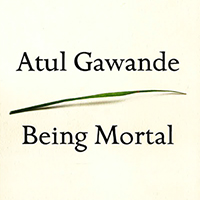 This might not be normal, but I think about death quite a bit. And about getting old. This is not depressing for me, or morbid. I just like to be prepared. There are a lot of things I can’t control about aging and dying—but there are certain things I can. By focusing on those things I can be as ready as possible.

So I have a deep appreciation for Dr. Atul Gawande’s book, Being Mortal: Medicine and What Matters in the End. For one thing, it’s a very readable book, probably because Gawande has filled it with stories of real people, real families, and real choices. Some of those stories are heartbreaking. Some are inspiring. All are instructive.

For another thing, Dr. Gawande’s analysis is insightful. He places the stories he tells into the context of the history of the American healthcare system, and in doing so he helps us understand why things are the way they are. Essentially, Gawande makes the case that as members of a culture that values independence, youth, and science, we are ill-equipped to face our own mortality—but it’s not too late to become better equipped.

There is so much good stuff that Gawande says in Being Mortal—the hardcover copy I have is full of underlinings that I’ve referred to several times in the weeks since I finished reading it. I’m trying to resist the temptation to over-share in this book review, but let me offer one short quote from the Epilogue. Dr. Gawande says:

We’ve been wrong about what our job is in medicine. We think our job is to ensure health and survival. But really it is larger than that. It is to enable well-being. And well-being is about the reasons one wishes to be alive. (p. 259)

This distinction he makes between “health and survival” and “well-being” is a central theme of the book. It’s a distinction you’ve seen played out if you’ve ever admitted a loved one to a nursing home. A decision like that is usually made out of concern for someone’s health and safety, and many nursing homes are pretty good at keeping people safe. Still, no one wants to go into a nursing home. Why? Because we know that life is about more than safety. Nursing homes can offer physical care, but what’s missing is the help we really need to navigate new reasons for living when our physical bodies begin to decline.

Normally a book like this might make me feel hopeless. I have a hard time dealing with systemic problems (like American healthcare) because they seem impossible to solve. But Gawande doesn’t ask me to change the system; he simply makes me aware of its shortcomings. In doing so, he helps prepare me to make my own healthcare choices, no matter what choices the system might pressure me to make. I don’t have to change the system; but I don’t have to let the system change me either.

By discussing these questions ahead of time with your family and with your physician, you’ll feel much more ready to face age, illness, and mortality.

Go ahead and order a copy of Being Mortal. I think you’ll find it surprisingly encouraging to read. It is neither manipulative nor indifferent. By the time you finish it, you’ll simply have a feeling of knowing what needs to be done and being ready to do it.

What more can you ask from a book about death?

Other things I’ve written about death: 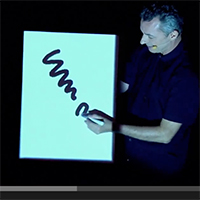 I have a number of posts in various stages of readiness, but at the moment not a single one of them is ready for publishing. So rather than leave you with emptiness in your inbox this week, I’m sending this fun video as filler. It has nothing to do with writing, business, faith, or politics. I could not think of a way to tie it in to this blog at all!

Can you? Will you try? Post your idea in the comments below. Think of it as a creativity exercise! See if you can come up with an answer to this question:

My heaven has no
passionless harp-strummers,
no starry-eyed cloud-walkers,
no Peter handing out wings at the gate.

Not a white-washed temple nor marble mansion,
nor misty stage.
No silent mass of robes and halos, no.

My heaven bristles and glows!
My Zion teems with busyness and greenery.
Its people sparkle, inside-to-out—
stone-skippers, kite-flyers, these.

Music, yes,
but not only church choirs—
in someone’s garage
guitarist and drummer
nod laughing at each other and tap their feet,
while ’round the piano gravelly voices dance.

Worship, yes,
but not only rows of saints sharing hymnbooks—
in the studio
an artist completes a sculpture,
and crowds applaud the Giver’s gifts.

My heaven is
a place of orchestras and didgeridoos,
sixteen-inch softball
and a tug at the end of your line,
children twirling under the fire hydrant
and couples waltzing the ballroom floor.
It’s a land of milk and honey
and ham on rye;
Sunday mornings,
and Saturday nights,
and all the purpose-filled workdays in between.

No dream, no ghost,
no drifting spirit world.

My heaven is real.