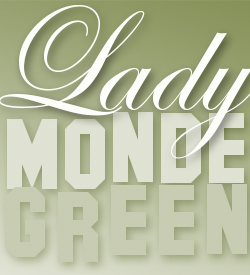 It took me a long time to find the name for the Christmas game we’re going to play at LifeLines this year, mainly because I wasn’t sure how to Google what I was looking for!

You might not be familiar with the word mondegreen, but once you start playing, I promise, you’ll get it.

Here’s the official definition: “A mondegreen is the mishearing or misinterpretation of a phrase as a result of near-homophony, in a way that gives it a new meaning.” (source: Wikipedia)

The name comes from Sylvia Wright’s essay, “The Death of Lady Mondegreen” (published in Harper’s Magazine, November 1954), in which Wright shared how, as a young girl, she misheard a line from “The Bonny Earl O’Moray,” a 17th-century ballad. The ballad goes like this:

Ye Highlands and ye Lowlands,
Oh, where hae ye been?
They hae slain the Earl O’ Moray,
And laid him on the green.

But Wright thought the last line was “And Lady Mondegreen,” meaning that the Earl’s wife had been slain too.

For the next three weeks, I’ll post three Christmas Mondegreens each week. That is, I’ll post three sets of words that don’t look like they have anything to do with Christmas. But when you pronounce them out loud, each set should sound like a well-known Christmas phrase.

Once you’ve figured out all three Christmas phrases, send them to me IN AN EMAIL. (Don’t post your answers in the comments! Or on Facebook!) This week, the first three people to send me the correct three phrases will each win a stylish LifeLines 1GB thumb drive!

Ready to play? Here are this week’s three mondegreens:

Not getting it? Try saying them out loud. Really loud. So all the people in your office can hear. It helps—it really does!

2 thoughts on “Christmas Mondegreens, Round 1”