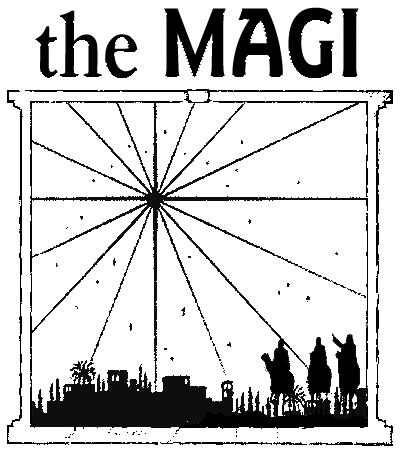 After Jesus was born in Bethlehem in Judea, during the time of King Herod, Magi from the east came to Jerusalem and asked, “Where is the one who has been born king of the Jews? We saw his star in the east and have come to worship him.” (Matthew 2:1-2)

Most people have stopped thinking about Christmas already, so this week’s blog post might seem out of place. But I think it’s important to include the Magi in the series I started at the beginning of Advent, and to put them in their rightful place—not at the manger!

Matthew’s account tells us that Magi came to Jerusalem “after Jesus was born.” Jerusalem was Israel’s capital city, and these foreigners assumed that this is where the new king would have been born. Their questions alarmed Herod, the current king, who was ruthless and paranoid anyway. Herod consulted the Israelite priests and scholars to learn that the new ruler would in fact be born in Bethlehem, a small town about five miles south of Jerusalem.

Herod shared this information with the Magi, and then he asked when they had first seen the star that had led them so far. I don’t know anything about astrology, but it makes sense to me to think that the star first appeared on the actual night Jesus was born, and these Magi recognized it as a heavenly announcement of a royal birth. So they began their journey.

The journey took months, and the star led the travelers the whole time. Mary and Joseph had by now found more normal living conditions than what they had endured the night Jesus was born. Bethlehem was not their permanent home, but they were now living in a house, possibly until Jesus was old enough to travel more easily.

Herod asked when the star first appeared because he wanted to know how old this king was. He asked the Magi to return with Jesus’ exact location because he wanted to murder the new threat, as he had murdered many other contenders for the throne. When the Magi didn’t return, Herod “was furious, and he gave orders to kill all the boys in Bethlehem and its vicinity who were two years old and under, in accordance with the time he had learned from the Magi.” (Matthew 2:16) I’m guessing that Jesus was not yet two years old at this time, but Herod chose that age to give himself plenty of margin.

So what do we learn from Matthew’s account of this part of the Christmas story? I learn, sadly, that I am more like Herod than I am like the Magi. I’m not always willing to recognize Jesus as my king. I am too comfortable in the kingdoms I create for myself, and too paranoid to give up control.

I thank God that He continues to show up and lead me to Himself—in spite of my pride, my deception, my meanness, my sin. I thank Him for accepting the meager gifts I sometimes half-heartedly offer.

This new year I ask again for His forgiveness. I ask Him to soften my frightened heart and take His rightful place as ruler of my life.