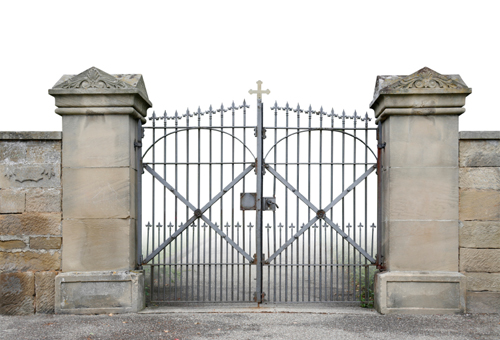 Last week I attended the March 11 meeting of the Illiana Classis as one of the Elder delegates from Living Springs church. This was only the second time I’ve been at a classis meeting, so I don’t have much of a frame of reference. I post these impressions here recognizing that my perspective may be completely off the mark. This is just how things looked to me, a relative outsider, based on what I heard and saw from other delegates.

1. We are more passionate about keeping people out of the Reformed Church than about welcoming them in.

I’m not saying whether these decisions were right or wrong; I’m just saying the overall impression they lead me to is that classis and church are a club that we have to keep the wrong people out of.

2. We don’t even realize our own hypocrisy.

For one thing, these votes came after a presentation by the “Multiplication Team,” whose mission is to plant 20 new churches in Classis Illiana by 2020. For another, all the recommendations we voted on were made by a Supervision Committee made up of white men over the age of 50, and no one found it inappropriate—or even ironic—to accept their recommendations, even after hearing directly from the people whose hurts we claim we want to heal.

3. It doesn’t seem to matter how we vote.

More than 30 years ago the big issue for this classis was whether to welcome women into church offices (deacon, elder, pastor). Somehow, that motion was passed in 1972. Yet last week, 30 years later, I’m pretty sure I was the only female delegate in the room. And maybe I was imagining it, but I sensed a certain coolness to my participation. I don’t think it was intentional, but I didn’t quite feel like I belonged. And honestly, that’s fine; I’m inclined to agree. I’m guessing that the black people in the room feel the same way, and I’m guessing that this is why we don’t have more diversity in our classis or more growth in our churches. We just don’t know how to make people feel welcome when they show up.

4. Reconciliation is possible, in spite of ourselves.

When someone suggested that we follow our vote against the Belhar Confession with a circle of prayer, I didn’t want to. I didn’t want to “sweep it under the Blood” and hold hands and agree that, after all, we’re united on the really important things. But I swallowed the lump in my throat and took my place in the circle. Honestly, many of the prayers sounded like heartfelt hypocrisy to me, but not all of them. And hearing mercy and hope from people in the circle who have endured more hypocrisy and hurt than I have—this reminded me to forgive. I haven’t yet reached a place where I feel all “Kum ba yah” inside, but I agree that it will be more helpful if I work to get there than if I refuse to even try, which was my first inclination.

This particularly conservative classis is on a multi-cultural journey, just like the rest of us. They may be moving slowly, but they are moving. Progress has been made, and I’m grateful for that.

If any of you readers have examples to share that do show some of the progress we’ve made, it would be helpful to me if you’d post them in the comments. For example, someone told me that night, “Well, the vote was 36-25. A decade ago it wouldn’t have been that close.” I don’t know how encouraged that makes you feel, but can you share any other evidence of progress?

Other posts about diversity:

Other posts about church: