Back in 2006, someone sent me an email of random, interesting facts. I chose the word-related ones for this post, and then researched them on Wikipedia. In some cases, the email versions were not quite correct, so the versions below have been rewritten or enhanced for greater accuracy:

The original drafts of the Declaration of Independence were written on paper made from hemp and flax. The approved, final version was written on parchment made of sheepskin, which was standard practice for significant documents. (Source: WikiAnswers) 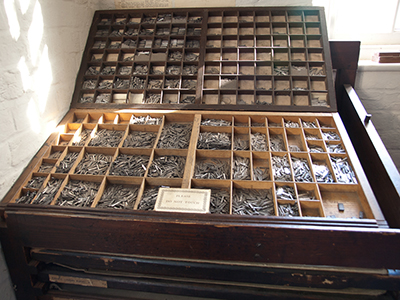 The dot over the lowercase i or j is called a tittle. (Source: Wikipedia)

We call letters “uppercase” and “lowercase” because when printers used movable type, the capital letters were stored in a type case on top of a separate, lower case that held the smaller letters. (Source: Wikipedia)

The name Wendy was in use as early as 1880, but it became popular as a girl’s name following the production of J. M. Barrie’s 1904 play, Peter Pan. (Source: StraightDope.com)

The Galvin Manufacturing Company developed the first radio for automobiles. Victrola was the best-known name in audio equipment at the time, so Galvin named their radio the Motorola. Eventually the entire company took on the name of the product. (Source: Wikipedia)

Guinness World Records holds the world record for being the best-selling copyrighted book of all time. It is also one of the most frequently stolen from American public libraries. (Source: Wikipedia)