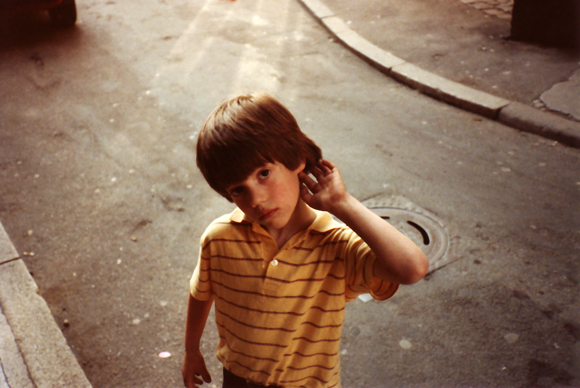 Can you tell what Christmas carol is represented by the photo above? Don’t put your guess in the comments! Email your guess to LifelinesPublishing@gmail.com, for your chance at fame and glory.

Last week’s Christmas carol was “Emmanuel.” (Get it? It was a series of manuals, with the E manual emphasized!)

To be honest, I was beginning to despair when the first five answers I received last Wednesday morning had ALMOST the right answer but not quite! I admit, “Emmanuel” is not as well-known a Christmas song as “O Come, O Come, Emmanuel,” which was the most popular answer. I was just about ready to believe that maybe this round of the game was unfairly difficult—but by the end of Day 1, four people had come through with exactly the right answer, restoring my faith in all things Christmas. The fifth winning answer arrived by noon on Day 2.

1. Robin Scheldberg was actually the sixth person to submit an email, but she was the first player with the correct answer. She sent an email at 10:14am Wednesday, with the subject line, “Very cute!” Robin works in the Personnel Department at Carl Buddig, and I grabbed this photo from her LinkedIn profile. I don’t really know anything about her, but judging from this photo, she’s a very patriotic individual, and I salute that. Congratulations, Robin! 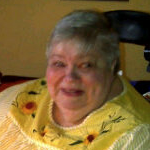 2. Nancy Rejholec was our next correct responder. Nancy has embraced Facebook and other social media in the past couple of years as a way to interact with the world outside her apartment, where she is usually confined because of health limitations. While she agrees that her laptop and internet connection cannot replace person-to-person smiles, hugs, and laughter, she is grateful to have photos, videos, and conversations at her fingertips. Not only does Nancy benefit from being able to keep up with what is going on with her Living Springs Community Church family, but she also reaches out to others, blessing them with encouraging comments and inspirational emails. Congratulations, Nancy! 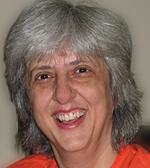 3. Karen Racek came through with the third correct response. Karen is a fellow writer with a deep faith and a consistent talent. I mentioned her in my Thanksgiving 2011 post, and it’s a good thing I did, or I wouldn’t have any kind of a link for her now! In spite of her amazing portfolio, her usual willingness to try new things, and her professed enjoyment of this blog, Karen has been reluctant to develop any kind of online presence. And I have agreed to remind myself to respect that choice. :) Anyway, congratulations, Karen!

4. Judy Alderden was the fourth person to email the correct answer. Judy has her own Designs in Stitches business, and she embroiders logos and messages on polo shirts, sweatshirts, baseball caps, tote bags—just about anything you can think of. She does quality work with a quick turnaround, and she’s very fun and nice too. Like Karen, Judy does not have much of an online presence (I could not even find a photo of her!), so for her link I will direct you to the blog I posted about my Jehovah’s Witness neighbor. Judy was part of the lengthy conversation that took place in the comments of that blog, and she referred me to a couple of books that have been a great resource for me. I’ll also include her business phone number, in case any of you need logoed apparel: Designs in Stitches, 708-895-1611. Congratulations, Judy! 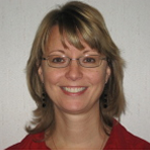 5. Marti Topp was the only person from last week’s top five to return this week and make it to the top five again! She wasn’t able to respond until almost noon on Thursday, and she wondered if she was too late. But because so many of the earlier responders went with “O Come, O Come, Emmanuel” instead of the lesser-known “Emmanuel,” Marti managed to secure spot #5 in this week’s list of winners. Congratulations, Marti! Now the pressure’s on to maintain her reputation for accuracy and speed—will Marti be able to decipher the deep, hidden meaning of this week’s photo? Will she narrow down the possibilities and correctly determine the intended carol? Will she remember to email her answer on time? If so, not only will Marti’s name and photograph appear in next week’s list, she is also guaranteed the bonus prize, the LifeLines Story Starter Kit! Stay tuned as the yuletide drama unfolds….

Here’s some random information you might find useful as you’re strategizing about winning this week’s contest:

“Guess the Christmas Carol” is a four-part series, and all players who make the list of “first five” responders at least three out of four times will receive a LifeLines Story Starter Kit, which includes a nifty padfolio, a hefty pen, and a generous 1GB memory stick.