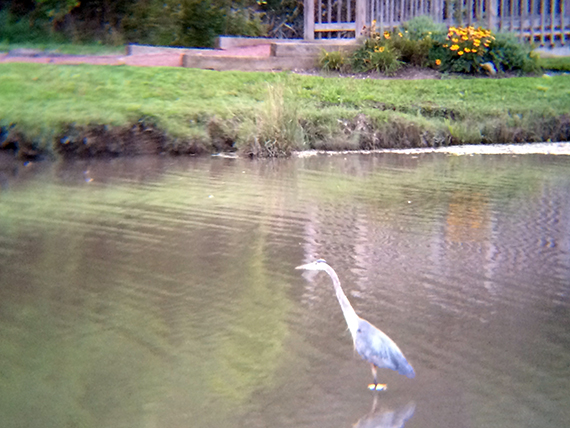 He shows up at the pond day after day, sometimes in the still morning, often at sunset, and once I saw his outline in the reeds after dark. Stealthy on his stilt-legs, he seems to glide through the brown water, step after slow step. He’s fishing, I assume.

Now, I have never seen him catch a fish. (I’m sure he has, but I have not yet seen it.) I only see him showing up and stalking. Day after day.

That kind of discipline is perhaps the biggest difference between “writers” and professional writers. Professional writers know that you can’t just write when you feel like it, or when you’re inspired, or when the topic is interesting. Professionals show up at the keyboard day after day. They know the chances of getting inspired are much higher there than anywhere else.

Professionals also understand that writing is a process. Very rarely does a novel or a fundraising letter or a website pour forth from your fingertips as if you are taking dictation from your personal muse. More often it’s tedious work that involves plodding through the brown waters of research, sorting through reeds of data, slowly marching around the same pond of nouns and verbs over and over again.

In fact, thanks to William Holmes, my effort to photograph the heron is a fitting allegory to the process of writing:

My heron photos aren’t great yet. And I’m not a professional photographer, so maybe they never will be.

But I am a professional writer, so I apply this level of discipline to all my clients’ projects.

To get the results they’re fishing for. 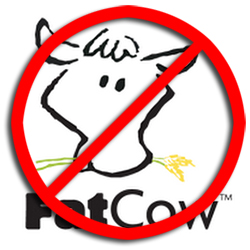 For several years, this blog and website have been hosted at FatCow.com. FatCow was recommended to me by a fellow blogger, and for a long time I was very happy with the service. I even recommended it to others.

There had been a few occasions when my interactions with customer service gave me the feeling that I was talking to a trainee. Phone help was better than Chat help, but even that began to decline.

Then, when my site randomly disappeared a few months ago, and FatCow tech support suggested I had a plugin conflict (though my plugins had not changed in weeks), I started researching better options. I found a well-reviewed alternate, but I knew that making the switch would require a significant time investment, so I delayed making the switch.

But this past week saw me yelling at my laptop, waiting l-o-o-o-o-n-n-n-g minutes for a page to load anytime I tried to save a change in the post I was writing. Often I’d get a message saying my connection had been lost. When I asked tech support what was going on, he suggested that upgrading to a more expensive plan would solve the problem.

A host like FatCow specializes in appealing to low-traffic, low-budget sites like mine. I don’t have thousands of clients, and I don’t sell hundreds of products, so I’ve been able to make do with a low-cost host.

The problem with low-cost hosts is that they make their money by selling volume. The more people they cram onto their servers, the more profit they make. And the less attention and bandwidth each customer gets.

So my research led me to Inmotion Hosting, and I am ready to make the switch. I don’t know yet how long the transition will take or what the fall-out will be. (There’s always fall-out.) But I’m frustrated enough with FatCow to finally do it.

It was almost a year ago that I took this photo. It was a still morning, and I was reflecting.

It’s good to do that every now and then.

I tried to find the source of this “brain study” that has been circulating through the internet for a few years, but no success. So I can’t credit the original source, and I have no idea what the “study” proved. Still, I think it’s interesting, so I’m sharing it here:

I’m pretty sure it’s not true that “only certain people can read this.” But I do think the characters above give a condensed sense of the brain processes involved in learning to read.

I have a specific memory from the time before I could read. My mom had bought me a small doll figurine that was carrying a sign with some kind of message on it. I can picture the doll and the sign, but the characters were nothing more than meaningless scribbles, much like the first line of the above exercise. I remember not being able to read them.

I find it fascinating that as you keep scanning the lines above, they begin to make sense. It’s like learning to read all over again! You begin to recognize symbols and patterns, and they take on meaning.

For children who are learning to read, letters are generally the first instance of something whose perspective can change the meaning. Children are used to dealing with physical objects that are recognizable from any position—a bike is still a bike, for example, whether it is standing on its tires or lying on its side. So it takes kids a while to learn that a “d” is not the same thing as a “p”—it may be exactly the same shape, but a different position gives that symbol a whole different meaning.

Generally, it doesn’t really matter what symbol is used, as long as it is used consistently. But of course, that’s what makes English such a difficult language to learn! There seem to be a lot of inconsistencies or exceptions to the rules. (Much of that is because we have borrowed words from a lot of other languages.) So learning to speak and write “correctly” is a matter of learning the standard rules and then mastering all the exceptions.

And, of course, if you don’t have the time or the interest to master all the exceptions yourself, you can hire an exceptional professional (like LifeLines) to do some of your communicating for you!