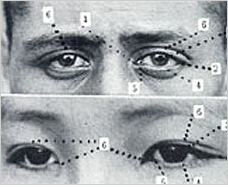 This Saturday, February 27, I’ll be helping to host Part 2 of a video/discussion event, “Race: The Power of an Illusion.” We hosted Part 1 of the series last month, and we’ll host Part 3 next month.

It’s a good series, and, overall, last month’s discussion was healthy and helpful. But something disturbing happened that I hope not to repeat this Saturday. In essence, the discussion between the blacks and whites in the room was so robust that it became a little exclusionary. Someone who is not black and not white expressed it this way to me: “I felt like I didn’t belong.”

Now, I’m thrilled that those of us involved in this event were able to create an environment in which blacks and whites could honestly express themselves in front of each other.

But I’m disappointed that we were so focused on our own history, our own issues, our own hurts, that other people felt left out of the conversation.

I don’t want that to happen again.

Here’s what I do want to happen:

The video series is from California Newsreel, and it’s called Race: The Power of an Illusion. Post a comment below or email me if you have any questions.

Update: About 40 people attended the event, shared breakfast together, watched the video, and then discussed some probing questions, including the following:

1. People who are white did not come off very positively in this episode–is that fair? That is, have whites been misrepresented at all?

2. What role did beliefs about race play in American colonization of Mexican territory, Cuba, the Philippines, Guam? Do those beliefs impact our international affairs today?

3. What is the significance of the episode’s title, “The Story We Tell”? What stories has the U.S. told throughout history? What stories about race do you tell? What stories do you hear from others?

4. A black woman who watched this episode said, “I was so angry, I couldn’t even finish it.” A white person said, “It made me sad. It made me feel bad about being white.” How can we take these historical realities and find healing? Do whites need to ask forgiveness? Do non-whites need to “forgive and forget”?

5. The closing quote from the video says, “We are a society based on principles so wonderful it brings tears to your eyes. But we are a society that too often allows itself to ignore these principles.” In what ways is this true of the Church as well?

We spent over an hour exploring answers to these questions, and there is so much more that could be said. Conversations like this are critical to understanding, healing, and community-building.