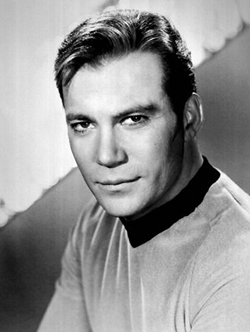 I always pictured Jesus as one of the cool kids—confident, likable, admired by the masses and willing to stand up to the authorities. Sort of a Biblical Captain Kirk or Dirty Harry. You would never call Him “popular,” because that would be too superficial. But you knew He was cool, and you totally wanted to be like Him.

What if He was not someone you’d want to be like? 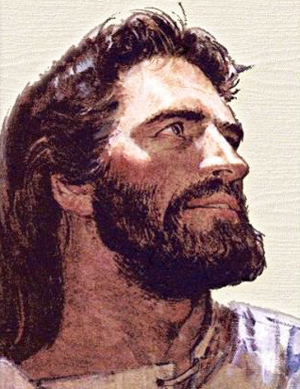 What if Jesus stuttered? What if He had body odor? What if He was fat? We already know Jesus was ugly (Isaiah 53:2), so why do we always picture Him with gorgeous hair, piercing eyes, and clothes brighter than everyone else’s?

Sure, Jesus was perfect, which means He never sinned. But does being perfect mean you’re automatically “cool”? 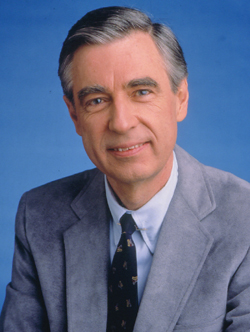 I started thinking about this after I read and reviewed an article about Fred Rogers.

Honestly, Fred Rogers was a geek. When you watch the clips of him that are scattered across YouTube, you see what I mean. His voice is a little too nasal. He talks just a little too slowly. And he can be a little too intense and precise. Seeing him interviewed by various talk show hosts, or sitting through those old episodes of Mister Rogers’ Neighborhood—well, it makes me a little uncomfortable. I get a little embarrassed for Mister Rogers.

But the more I learn about him, the more I’m forced to set aside my embarrassment and replace it with respect.

The gospel according to Tom

It started with that article I reviewed— “Can You Say…’Hero’?” by Tom Junod. Like a modern-day gospel writer, Junod relays story after story of interactions between Mister Rogers and people—children, ophthalmologists, celebrities, New York crowds, a gorilla. It’s amazing. And each story is an example of uncanny perceptiveness, unabashed gentleness, childlike joy, and quiet authority.

I began to see characteristics I hadn’t realized before:

It isn’t that Mister Rogers presented one side of reality and not the other; he wasn’t unaware of the chaos and confusion in the world (and that they were sometimes fed to children through the airwaves). He appreciated and represented the intricacies of life and showed an appreciation for complex and conflicting feelings. He wasn’t naive; he knew that seeing the best in ourselves so that we can see the best in our neighbor—an act that translates into harmonious relationships—is only possible because of forgiveness. (p. 104)

So, doesn’t it make sense that Fred Rogers is a closer likeness of Jesus than Captain Kirk? I mean, really—think about it! Remember how Jesus’ disciples were always trying to advise Him about how to behave, to improve His image, to advance His political career? They thought He needed their help!

They wouldn’t think this if Jesus was like Captain Kirk.

But it makes sense if He was like Fred Rogers.

I’m pretty sure Fred Rogers wouldn’t want me to compare him to our Lord and Savior Jesus Christ in this way. But for me, it’s helpful.

What I see in Fred Rogers is someone I should want to be like. Even though it’s not my idea of cool.

I see someone who is able to surprise me with a fresh idea of how love looks, talks, and thinks—and make me aware of how deeply cynicism affects my judgement.

I see someone who would be completely unpopular—a mockery, even—if there weren’t something deeper there.

Forgive me, Fred, but I see Jesus in you.

5 thoughts on “What if Jesus was a geek?”