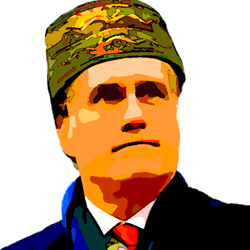 I still contend that I’m not really a political person, even though I’ve had many in-depth conversations about politics this year, particularly after my post about respecting President Obama. Those conversations have got me thinking. Not concluding; just thinking.

One of the things I’ve been thinking about is, Why don’t conservative Christian Republicans seem to care that Mitt Romney is a Mormon? Back when I was growing up Protestant, the Church of Jesus Christ of Latter Day Saints was considered a cult. Now it seems they are “not so bad.” In fact, when I ask about it, Christian voters tell me Romney is a valid choice because he is the most qualified; they are voting for a particular skill set, not a value system.

Really? I can remember other times when we were glad to have a Christian in office—precisely because of his values.

Am I wrong to believe that values are at least as important as skills? It seems to me that what you believe has a direct impact on what you do and how you do it.

What if Mitt Romney were a Muslim? Would those values affect your vote? Should they? What if he had the same business experience, the same political experience, the same white-bread good looks, the same running mate, the same trickle-down theory of tax cuts for the wealthy—but he worshipped at a mosque instead of a meeting house? Would you still base your vote only on his skill set?

How can values not be a factor?

The more I think about this, the more confused I get. But somehow, Christian silence about this Mormon candidate speaks volumes. And I’m afraid of what it says.

Or am I misinterpreting something?

17 thoughts on “What if Romney were a Muslim?”